One person sees you as “warm;” another as “cold”. Maybe it’s just you… but could other people’s expectations be shaping your behavior? 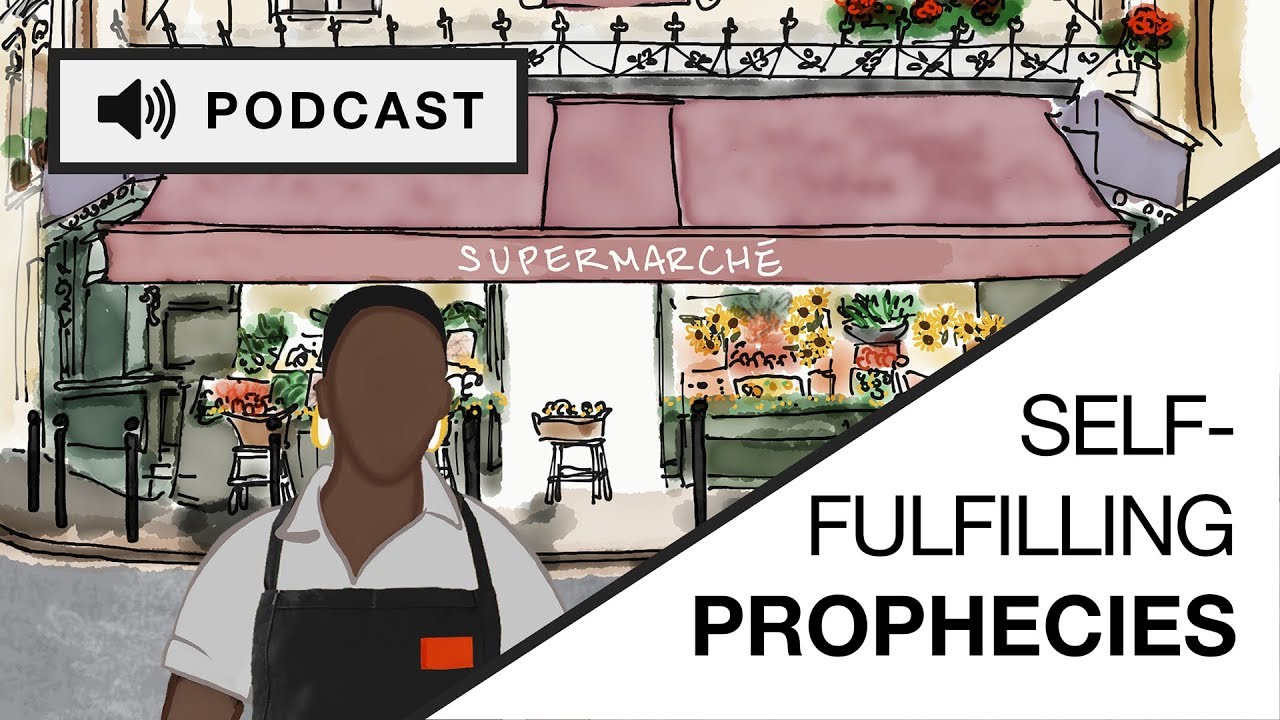 OLIVIA KANG: So, here’s something about me. My name is Olivia Kang, and I’m a psychologist. I study the eyes and whether they really are “windows to the soul.”

But there was a time when I wanted to be an opera singer. I remember pretty clearly the moment that led me to enter a PhD program in Psychology rather than a Master’s program in Voice. Actually, it wasn’t a moment – it was a sentence. The professor of my last requirement for the voice minor – a class on advanced theory and composition – simply said to me “You might have passed those other courses, but this one’s for the big boys.”

And that was embarrassing. Beyond that, though, his words planted that first seed of doubt. Long story short: I stopped asking questions, I lost confidence in my understanding of the material. And a few weeks later I ended up quitting something for the first time in my life.

Now, I always thought that this failure reflected something about me. And maybe it does. But when my advisor, Mahzarin, heard this story, she said something interesting. She said, “It’s not all about you.”

Here’s what she meant: of course we are, in many ways, responsible for our own behavior. But research shows that other people’s minds can also shape how we behave – even when these expectations are implicit and never said out loud.

Today’s podcast is about the power of expectations, and how they can become self-fulfilling prophecies. Welcome to Outsmarting Human Minds.

In the 1970’s, psychologist Mark Snyder and his colleagues showed that changing someone’s behavior can be easy. All you had to do was expect them to be different.

So in their study, a group of men were each asked to have a 10-minute phone call with a woman they had never met. Before the call, they got a few details and a photograph of the woman they’d be speaking with.

The photograph was fake. Half the men received a picture of a beautiful woman – someone previously rated an 8.1 out of 10 on a scale of physical beauty. The others were shown a woman rated a 2.5 on the same scale.

Now, the actual women in the study had no idea any of this was happening. And yet, over the course of 10 minutes, they transformed.

And this transformation was obvious to everyone. When scientists played clips of the woman’s side of the conversation to new listeners, they agreed! The supposedly “beautiful” women had developed more attractive personalities. Just like that.

Now, think about what this means. A belief in one person’s mind fundamentally affected how another person behaved – even when those expectations were never voiced.

I was talking about this study recently with Jack Cao, a fifth-year doctoral candidate in Harvard’s psychology department. I asked him – isn’t this study shocking? Could it really be that easy to change someone?

But Jack’s studied enough psychology that he immediately saw that this is something we all do.

JACK CAO: I’ve definitely come across situations where my friends and I are meeting somebody else and I’ll hear something about that person we’re meeting before we actually meet them, like “oh, this person is really awesome, you’re going to love them.” And I notice that when I get there, my voice will be more upbeat. I’ll be like ‘Oh, hi, I’m Jack. I’ve heard so much about you, it’s so wonderful that we could finally get together.’

And you can contrast that with other situations where you’re about to go meet somebody and what you hear about that person isn’t so nice. And then I’d be like ‘Oh, hi.’ It’ll be shorter, it’ll be much more to the point, far less friendly. And I’m sure that it’s not just my voice that’s changing, but how I’m treating that particular person based on my prior expectations – accurate or not – might have an influence on how they’re reacting in turn. Even if that person wasn’t a jerk, I might have turned him into a jerk by treating him in a way that elicited that jerk reaction from him and vice versa for somebody who I expected to be friendly.

OLIVIA KANG: Jack is right. It’s not that beliefs leap from our heads and into other people by magic. Even if they are never voiced, our expectations can make themselves known in ways we may not even realize.

JACK CAO: Maybe you are making more eye contact with employees who look a certain way or you happen to smile in a more genuine way, or your smile happens to be wider, or your eyes might narrow when you talk to somebody who comes to you with a certain request. I think there are potentially lots of ways in which the beliefs in our minds can manifest in different actions.

OLIVIA KANG: Recently, a study conducted in grocery stores across France investigated how employees’ performance on the job changed under different managers.

JACK CAO: What presented itself as a nice feature of this workplace set up is that the cashiers were pretty much randomly assigned to different managers. And these different managers varied in the degree to which they were implicitly biased.

OLIVIA KANG: The data showed something fascinating: employees performed worse when they were working shifts under managers who held stronger implicit biases about their group – even when neither the manager nor the employee knew the bias was there.

These hidden beliefs came out in small ways: less face-time, different assigned duties, fewer opportunities, but these communicated powerful things about what managers expected to be true – for better or for worse.

We form expectations all the time – from photos on professional and social networking sites, to items on resumes, or the things we hear in casual conversation. And these can become self-fulfilling prophecies.

So how can we outsmart our minds and make sure our expectations bring the best out of ourselves and others?

First, become aware of your expectations. Notice when you expect different things from people you barely know, and ask why. It’s easy to think “Oh, she’s the one who did a good job last time, so let me assign her this task again.” – but if we do that from the very start, we’ll never learn what other people can bring to the table. Try spreading opportunities in systematic ways to discover where each person truly shines. You may be surprised by the talents that emerge.

Second, consider what your actions communicate. Little things like eye-contact and face-time, bigger things like the mentoring you provide, or the people you turn to for ideas – these matter. Equalizing these will show your team that you’re invested in everyone’s performance.

More broadly: adopt expectations of excellence across the board. The mind of the beholder can be a powerful thing. So expect the reality you want to see.

Outsmarting Human Minds is a program founded by Mahzarin Banaji, devoted to improving decision-making using insights from psychological science. Support for Outsmarting Human Minds was provided by PwC and Harvard University. This episode was developed by Olivia Kang and Mahzarin Banaji, and featured Jack Cao. Sound editing and mixing by Evan Younger. Music was composed by Miracles of Modern Science. For all studies cited in this podcast, go to outsmartinghumanminds.org.

Video
2 min
Expectations can be powerful. Even if they're never said out loud, the beliefs we carry in our minds can become self-fulfilling prophecies.

"A photograph is shaped more by the person behind the camera than by what’s in front of it." Watch this video by Canon Australia to see just how powerful our expectations can be.

"As a novice computer programmer, I always got the benefit of the doubt – because I looked the part." From Philip Guo’s "Silent Technical Privilege". (Slate)

The Mind of the Beholder was created and developed by Mahzarin Banaji and Olivia Kang with funding from PwC and Harvard University.