After taking an Implicit Association Test, you will likely have questions. Here are answers to the some of the most common ones.

How does the test measure bias? 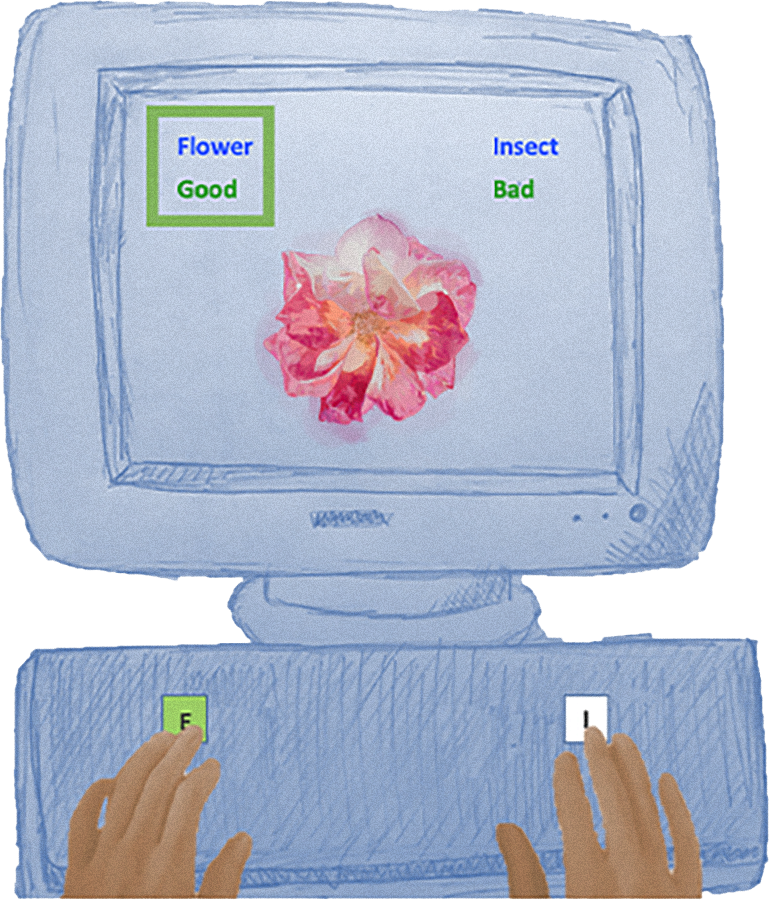 The IAT is a measure of what we’ve learned based on our experiences and personalities.

In an IAT, you pair concepts and traits rapidly. For example, which will be easier for your brain to put together:

For most people it’s easier to pair “flower” with “good” and “insect” with “bad,” because that is part of our understanding of insects and flowers in our culture and in our experience.

The more often things are paired in our lives, the easier they are to associate. Think:

The IAT score is created by simply computing
• how long it takes us to make each pairing, and
• how many mistakes we make while doing it.

If we are faster to associate “insect” with “bad” and “flower” with “good” (which is common), we would say that we have a more positive implicit attitude toward flowers than insects! That’s how simple it is.

But Insects and Flowers are only an example. We are far more interested in how we think about gender, race, sexuality, age, nationality and all the other groups that humans belong to.

What associations can the IAT measure? The association between any concept and attribute, IF they’re easy to represent in pictures or words.

Does the order of the two parts affect my test score?

The order in which you took an IAT can have a small effect on your IAT score. To reduce this influence, we give half the people Pairing A, followed by pairing B. The other half receive the opposite order: Pairing B, followed by Pairing A. So the overall data always include both orders. Also, in the middle of the test you get to practice the new pairing which allows your mind to get used to the new set-up. With these two safeguards, the order of the test does not influence the overall results of experiments.

However, if you care to know more precisely where YOU stand, take the test a few times to come up with a reliable score. If you wanted to know how good a baseball hitter is, would you pitch once and, if they hit well, ask them to join your team? Surely, you would test them over many “trials”. In the same way, give yourself a few tries, and take the average as representing your score.

The IAT reflects some baseline that is “you”. But your mind is not exactly the same from moment to moment and day to day. What you just saw or experienced can shift your IAT score. So taking the test at different times and on different days will give you scores that may reflect real changes in your implicit bias.

Just as a blood pressure machine gives you different scores on different days—and even in the same moment based on posture or the height of the instrument—an IAT detects fluctuations in thoughts and feelings, even when you might not be aware of them.

Does having implicit bias make me racist/sexist/homophobic/etc.?

The answer is a clear no, and for a simple reason. We reserve labels like these for people who are consciously and intentionally prejudiced toward a certain group. That sort of “explicit” prejudice of course exists, but we are not interested in that so much. The IAT, on the other hand, is built to detect something in your head that you may not even know you have. It’s not about animus or hatred or prejudice. Rather, your culture and your day-to-day experiences in it all contribute to building up a set of implicit attitudes and stereotypes.

If the concept of “kitchen” is easier for you to associate with “mother” than “father,” we would not say you are sexist. It simply means that your mind has learned that association. But this information you’ve learned – that “kitchen” is more associated to mom than dad – is now inside you, whether you want to have it or not. It will influence what you think and what you will do. You can’t wave it off and say you have no gender bias! And that’s why we take implicit associations seriously.

Researchers looked at millions of IATs taken between 2007-2020 and found that, as a nation, our implicit anti-gay bias decreased by 64% over that period. Race and skin-tone biases are also moving towards neutrality. This tells us that long-term change in implicit attitudes is possible. 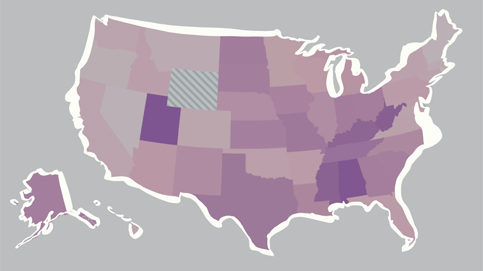 Try our module “Are Americans Becoming Less Biased?” to learn more about how bias is changing over time.

However, change isn’t guaranteed; over the same decade, disability bias stayed mostly the same, and anti-elderly bias didn’t change much. Ask yourself: Why is anti-gay bias changing fast? Why is race bias changing more slowly? Why are disability and age biases not changing at all?

Mind change takes work. It is a lifelong pursuit in the same way that maintaining good physical health is something we must work at regularly if we are to remain as healthy as we can be.

Will a seminar on implicit bias reduce my bias?

We wish! Imagine this: If you went to a weight loss workshop and learned all there is to know about nutrition and fitness… would you, in the course of listening and learning, have lost any weight?

The same goes for implicit bias education. Recognizing bias is a vital first step. But to actually change minds, we will need the mental equivalents of getting on a treadmill, lifting weights, and eating healthily. Addressing our biases requires similar work for the mind.

And if we’re smart, we will not leave it just to individuals. We will engage the power of institutions – their practices and policies – to help to outsmart our minds.

Learn more about how to think about change at individual and organizational levels by exploring our other modules.

If, after taking a test, you have a question that we haven’t answered above, feel free to email us.

Interactive
10 min
Can implicit associations be measured? How do they compare to self-reported attitudes and beliefs? Take the IAT to find out!

Podcast
11 min
40 years ago, researchers found that patients with amnesia could form new memories… implicitly. This sparked an ongoing revolution in research on the hidden mind.

Podcast
12 min
Learn the story of a small group of scientists, the test they developed to reveal implicit processes of the mind, and how they shared it with the world.