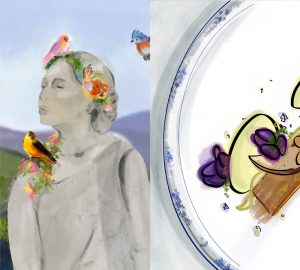 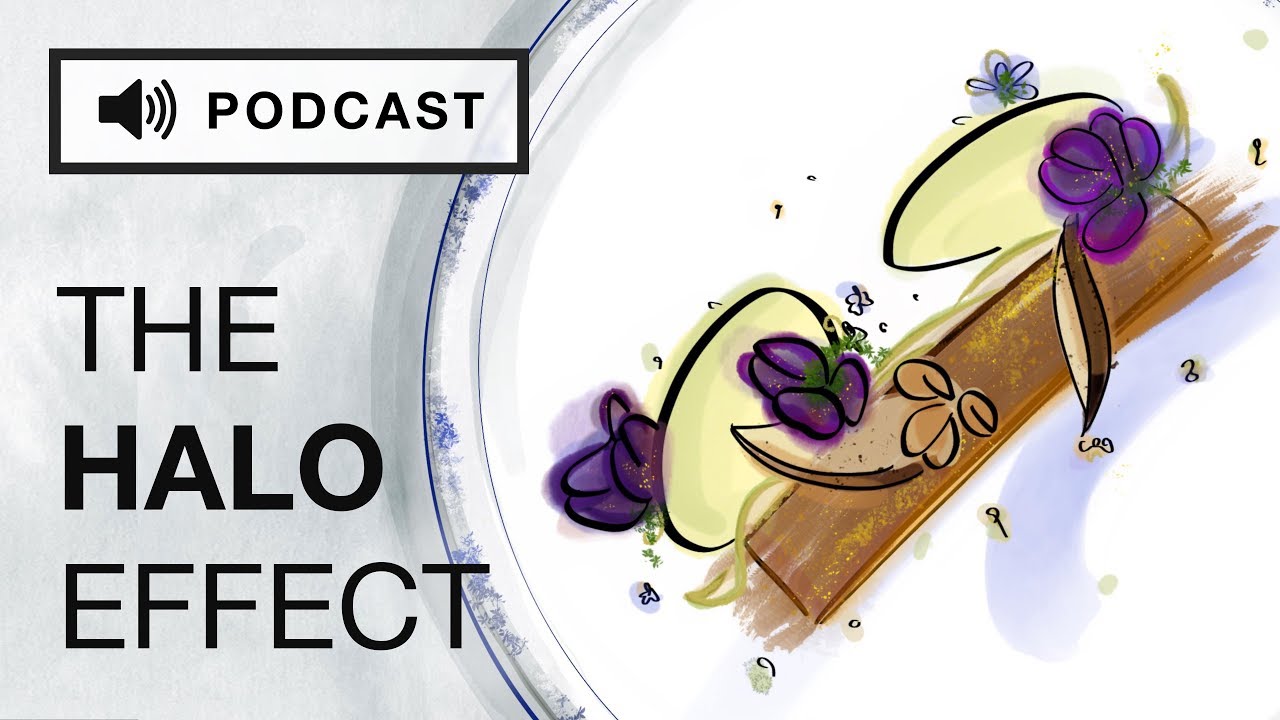 NARRATOR: “…I wanted to applaud when the first plates landed on my table in the salon at Per Se: a lime-marshmallow macaron with the circumference of a nickel, resting in a dish that evoked the lopped-off end of a giant spoon, and a miniature ice-cream cone packed with yuzu curd … wrapped in a napkin with the corners, like lapels, turn down just so.”

These are snippets from a review by New York Times food critic Ligaya Mishan, who ate five courses of dessert, and lived to talk about it. Now, we can roll our eyes at the over-the-top description or scramble to look up what “yuzu curd” even is… but we probably also agree that this dessert is going to taste really, really good.

This idea – that beauty reflects quality or goodness – goes well beyond the Zagat guide.

We apply it to people, too.

The Greek poet Sappho began one of her poems with the thought “What is beautiful is good”. Is this true? If I am beautiful, if you are beautiful, are we actually better? Smarter, kinder, more moral, just… better than we would be if we looked any other way?

My intuition, and perhaps yours, is screaming No! That can’t be.

But according to the science, Sappho got it right … in a way.

Today we’re talking about the Halo Effect – specifically, the attractiveness halo – and how it can put stars in our eyes, but blind us to the truth. Welcome to Outsmarting Human Minds.

Now when we talk about good or bad people, most of us picture adults. But what about children – the little humans that run around playgrounds with sticky fingers and chubby cheeks? Do we think that beautiful children are inherently more “good”?

Psychologist Karen Dion tested this in the 1970s. She gave people a photograph of a 7 year-old and then described that child doing something bad – things ranging from throwing snowballs at another child to throwing rocks at a dog. Then she asked people: What do you think? How “bad” is this child?

Even at this age (second-grade!), looks seemed to matter. Beautiful children were seen as more pleasant and honest than less attractive children doing exactly the same thing.

So Sappho got it half-right. Beautiful people may not actually be kinder or more honest. But we sure see them that way.

This is an example of the Halo Effect: a single positive trait, whether it’s off-the-charts charisma, disarming intellect, or simple good looks becomes a halo. It adds a glow that reflects onto everything else about that person, however unrelated.

So what does this all mean? Would a joke you just heard be funnier coming from a different face? Could this be why everyone liked your idea… but only after an attractive co-worker repeated it? Would we see the new CEO as having less “gravitas” if he were shorter, wider, and had less hair?

The data suggest yes: good looks distort our evaluations. When it comes to work product, you can take the exact same performance, slap a different face to it, and chances are: it will be evaluated differently. When psychologists David Landy and Harold Sigall did these experiments with essays, they found that people thought an essay was better-written and more creative if it was associated with a good-looking writer. And if we zoom into their data, and focus just on the truly terrible essays: these were rated almost twice as high when the author was beautiful.

Of course it’s good to expect the best out of people, but the simple truth is that we don’t give halos to everyone. If we care about the quality of our decisions, we need to find ways to look past the halos around us.

One way to outsmart this blindspot?:

To the extent possible, separate the work from the person. A recent brainstorming session I was in started with everyone jotting down as many ideas as they could on sticky-notes and putting them on the wall. After 15 minutes, we re-grouped in front of this giant collage of ideas and only then began working through them. No faces attached. There are lots of ways to implement this, but the bottom line is simple: find ways to dissociate behavior and ideas from the person.

That way, you’ll see who really shines, halo or not.

The halo effect captures the idea that a person’s single positive quality (e.g., good looks) affects judgments of that person’s other qualities (e.g., judgments of competence or honesty).

To interrupt halos, find ways to judge independent qualities separately. None of us want our judgments of competence to be swayed by a pleasing voice or handsome face!

Write down both the legitimate qualities you want to assess and the qualities you believe shouldn’t influence your judgment. Writing these out will help you focus on the crucial aspects and be aware of possible intrusions.

Check if your assessments of a person are consistently high or low. What’s the likelihood that somebody who is great at one thing is also great at everything else?

“How does the halo effect manifest itself in the business world? Imagine a company that is doing well, with rising sales, high profits, and a sharply increasing stock price. The tendency is to infer that the company has a sound strategy, a visionary leader, motivated employees, an excellent customer orientation, a vibrant culture, and so on.” For more, read Phil Rosenzweig’s “The halo effect, and other managerial delusions” (McKinsey Quarterly).

Could your face be your moneymaker, regardless of profession? PayScale’s infographic suggests: yes. More attractive NFL quarterbacks earn $300,000 more than statistics would predict (with an 8% increase per standard deviation increase in facial symmetry). To crunch more numbers, check out the infographic here.

“A change in CEO leadership is a potentially destabilizing event for any organization [and CEOs are leaving their positions at a quicker rate than ever before]. Yet how many boards of directors have an intellectually honest, unbiased, robust, and disciplined approach for executive succession planning at the ready? Not many do, and the failure to plan is almost as bad as selecting the wrong leader.” Chief Executive highlights the impact of the halo effect on succession planning.

“The presentation was so exquisite, formal, and silly, it made me feel like a very worldly child. And these were mere preliminaries. The first of five courses of dessert was yet to come.” Ligaya Mishan describes the visual feast in “Cutting Straight to the Chase With Dessert” (The New York Times).

Landy, D., & Sigall, H. (1974). Beauty is talent: Task evaluation as a function of the performer’s physical attractiveness. Journal of Personality and Social Psychology, 29(3), 299.