Those of us who are sighted rely immensely on our visual system to know and understand our physical and social world.

But the visual world is not perceived directly – our perception is only as good as the inferences we make based on past experiences. And sometimes these inferences just fail us. Was the job candidate you hired actually qualified, or did you make an incorrect assumption based on a visual cue that you were unaware of, like the beauty of their face or the style of their suit?

Here, we will explore different visual biases that may impact our decisions. The good news is that once we truly understand that our vision is fallible, we can act to outsmart it. 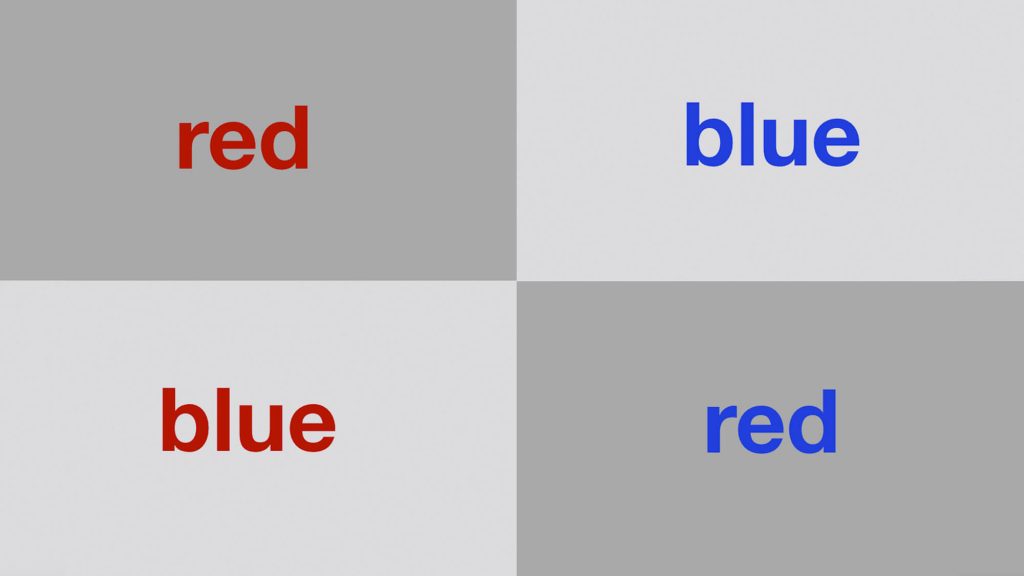 Most of us believe we can control what pieces of information influence our decisions. But can we? The Stroop Test suggests no. 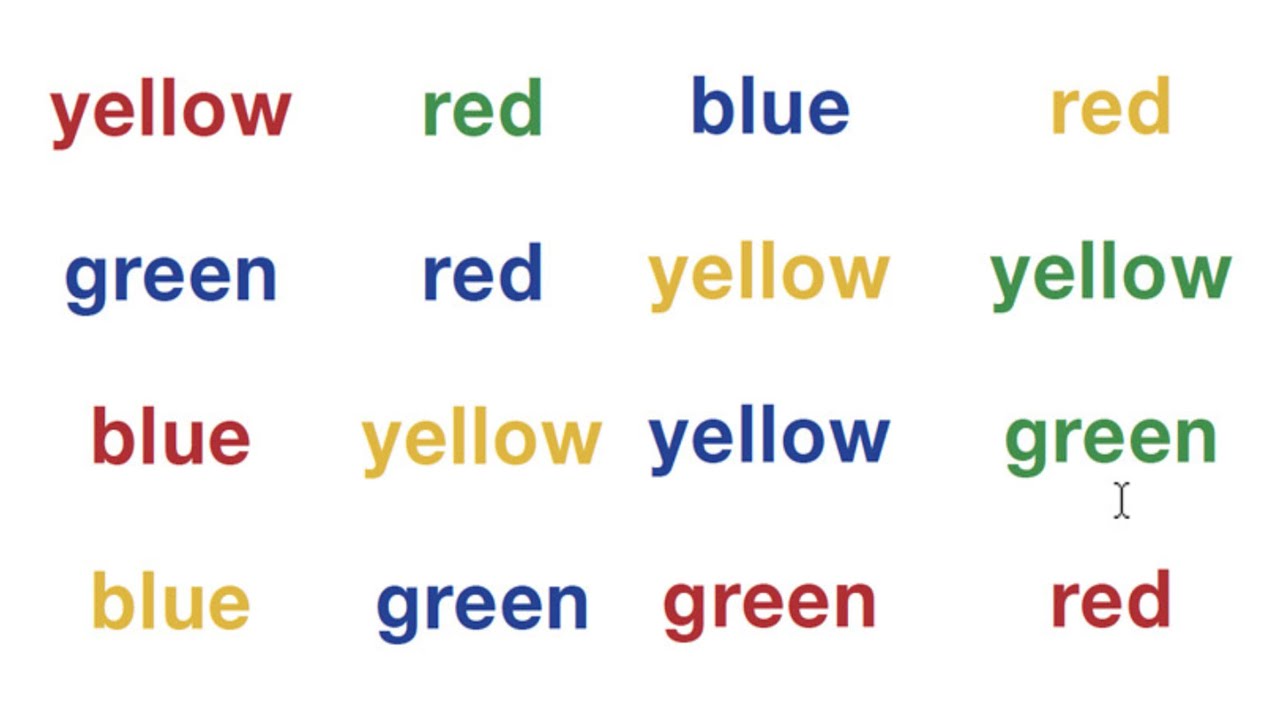 We are unable to ignore information even when it is irrelevant or likely to negatively interfere with the task before us.

Remember the Stroop Task! We couldn't set aside reading the word when asked to just name the ink its written in.

Outsmart visual biases by using these tips to lessen the impact of extraneous information:

1) Use blinding to remove information you don’t need.

2) Hide or remove unnecessary items like names and addresses from resumes and assignments before you see them. To discount or ignore information you’ve already seen is likely a losing battle. 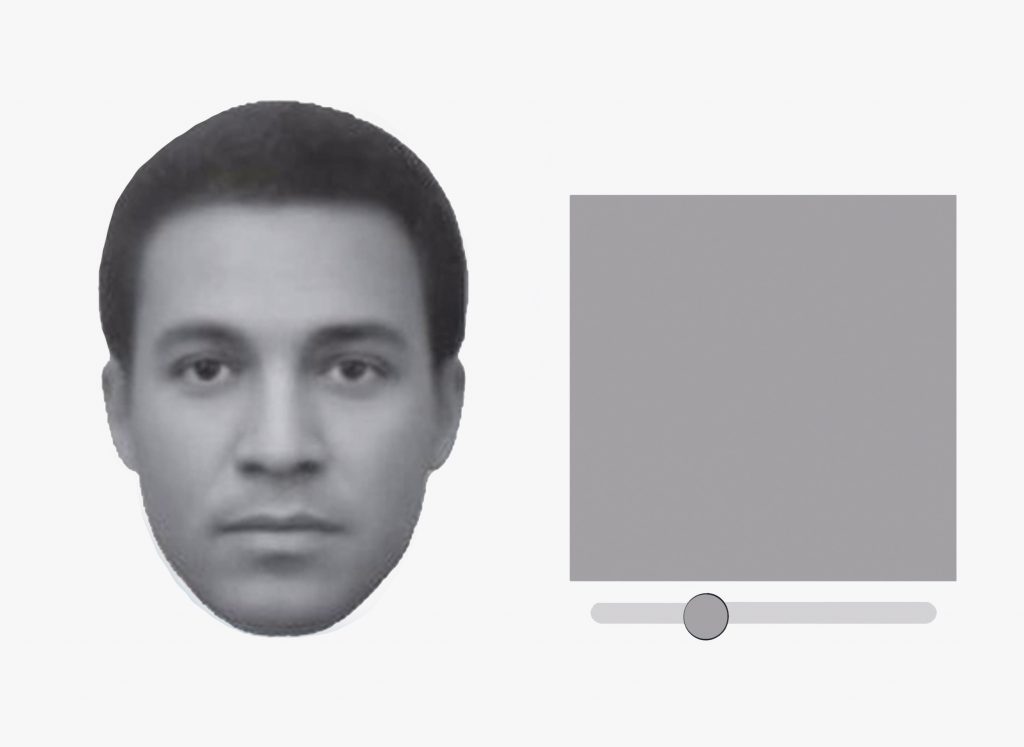 Should You Trust Your Vision?

Experience a powerful illusion in this demo based on experiments by Professors Dan Levin and Mahzarin Banaji.

Should You Trust Your Vision? 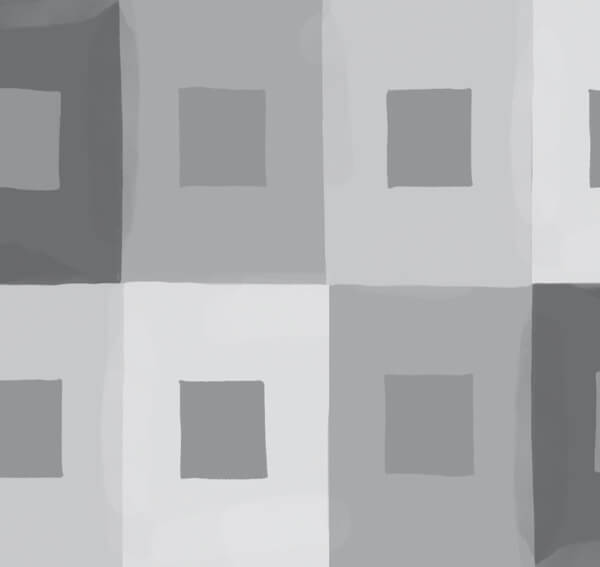 We say that “seeing is believing,” but visual illusions can trick us, whether we’re looking at checkerboards or human faces. How can we outsmart them? 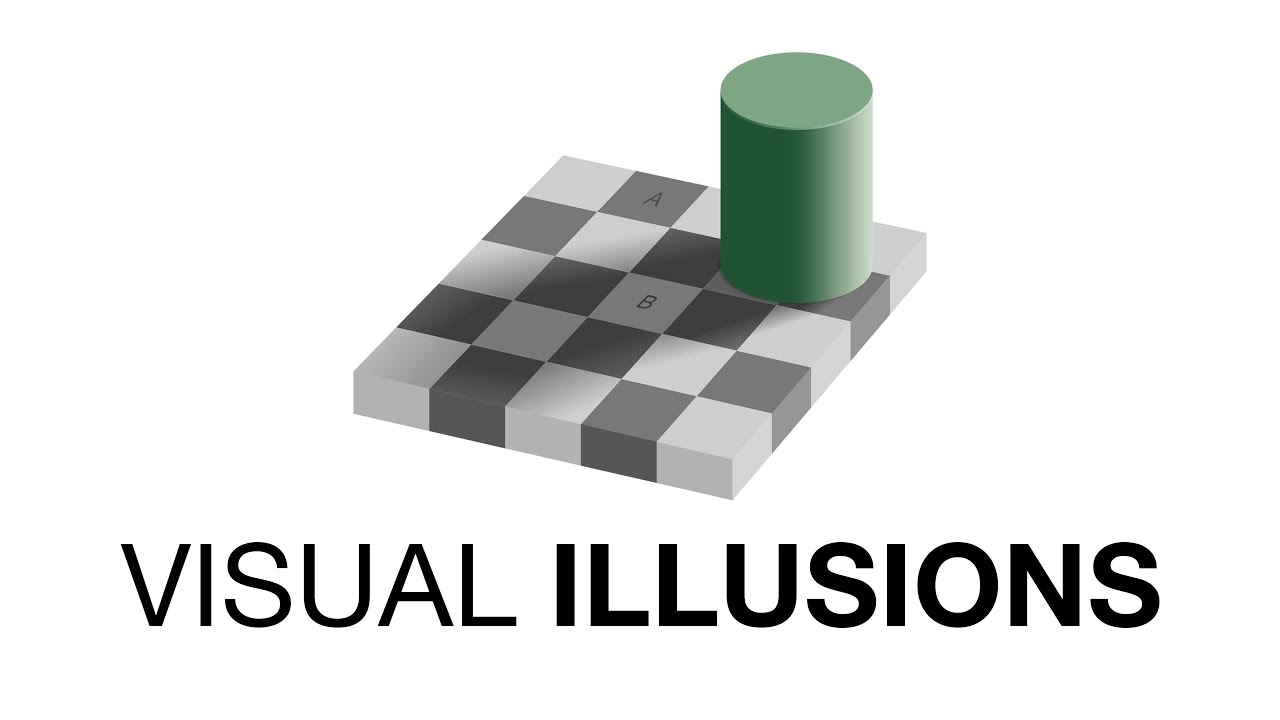 We can be fooled by illusions in part because we have expectations about how something should look.

How can we lower the chances we’ll be tricked by these “people illusions”? First, when making a decision, look at your options side-by-side. Place them physically next to each other if possible.

Second, apply the same objective benchmarks to assessments of all candidates.

Finally, blind yourself to irrelevant details and focus only on what matters for the decision at hand. 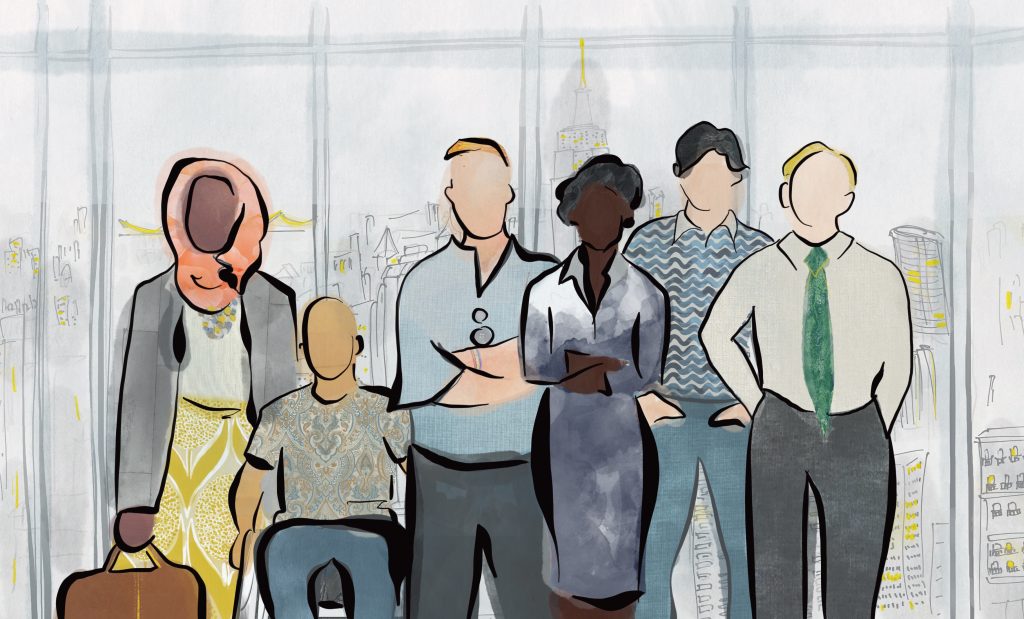 How well can you read a face?

Do you know what “competence” looks like? Try this quiz, based on Professor Alexander Todorov’s 2005 experiment, to learn what your impressions predict.

How well can you read a face?

You'll see pictures of two people. As quickly as you can, select the person you think looks more competent (efficient, capable, talented).

0 of the people you chose became a U.S. Senator or Governor.

The faces you just saw were opposing candidates in various U.S. congressional elections between 2000-2004. When hundreds of people were asked to do a longer version of this task, Alexander Todorov at Princeton University found that their answers predicted the winner of the election about 70% of the time.

To learn more about this blindspot (and how to outsmart it), watch our video "About Face".

About Face: How First Impressions Fool Us

Our faces broadcast information about us: whether we’re smart, warm, trustworthy. How do these signals influence decision-making – and are they accurate? 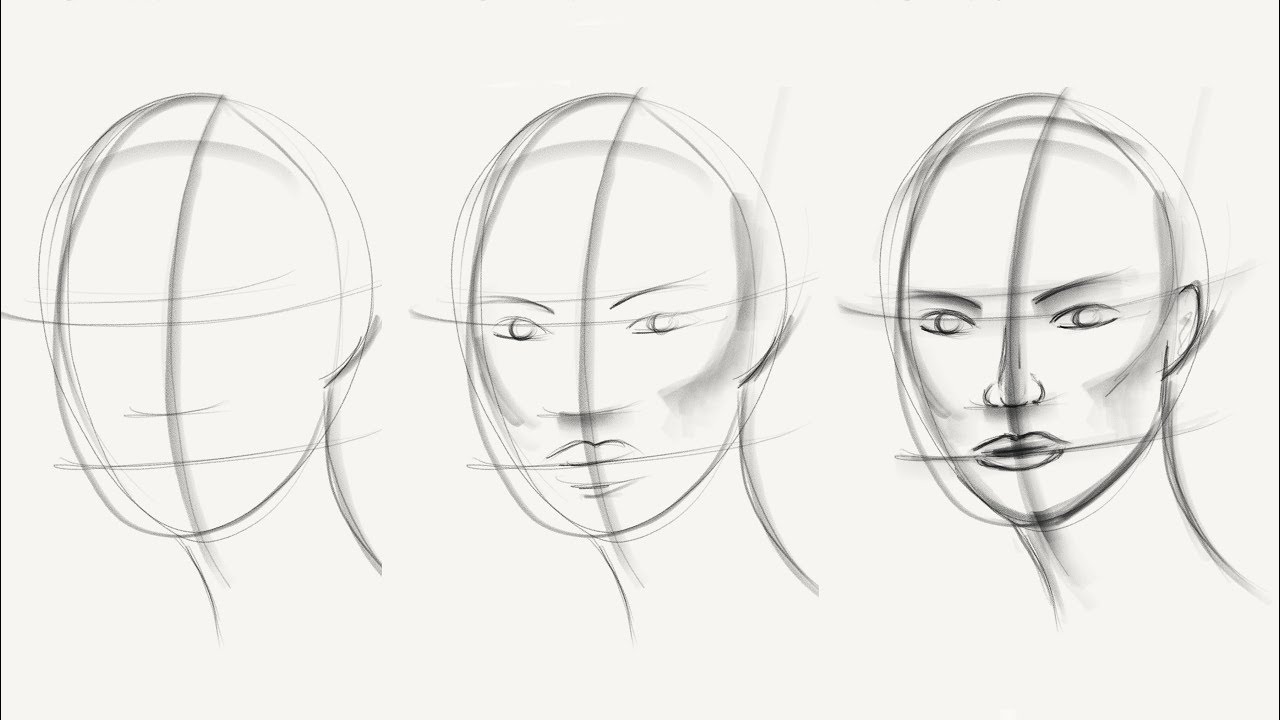 Faces deceive us: we quickly make assumptions about a person’s character and form assessments of their trustworthiness and competence based on their face.

We make these assumptions automatically and with confidence (even though there’s no actual basis for them).

To outsmart the impact of first impressions, try the following: First, ask yourself what objective and concrete data you are basing your sense of a person’s character on. Take the time to write down this data so you know you have it!

Second, actively challenge your first impressions. Ask yourself, “why do I favor/disfavor this person so much?”

Finally, when recruiting or hiring, try to put off the face-to-face portion of the process until later; rely first on written materials with objective information.

Our vision is fallible. We inadvertently process irrelevant information, and our expectations, not reality, shape our perception.

Think back to the Levin and Banaji study, where pictures of faces with Afrocentric features were seen as darker than faces with Eurocentric features even though both were the same shade of gray. This should surprise us – our vision wasn’t accurate! What we saw was contrary to the facts. What does this mean for how we treat others?

We can hold ourselves to higher standards. We can ask ourselves to prove our initial assessments about a person with data, not gut feelings. Be your own devil’s advocate. Ask yourself questions like: what has this person done to justify this impression?

Vision plays a large role in making decisions. Identify and outsmart the sources of bias from visual information that can lead you astray – by deviating from both accuracy and your own values.

In the workplace, we often hire or assign tasks based on our evaluations of trust and competence. Of course, we want to hire people who are both trustworthy and competent, but our eyes and what we ‘see’ in a face can mislead us.

Faces are among the most potent sources of bias because we often fail to recognize that we are making deeper assumptions of a person’s character from the physical aspects of their face. What are ways we can outsmart face-based bias?

Think of concrete, actionable ways, not just vague promises like “I’ll try not to form impressions from the face”. These don’t work effectively – our brains automatically process the information in front of us, even if we don’t want them to!

What you write in this box is just for you. You will have a chance to download your response, but it will not be stored on our servers.

The next time you can see a whole bunch of new faces, look at each face and ask yourself whether you believe the person “looks” trustworthy or not. Then do the same thing but ask yourself if the person “looks” competent or not. See if you can surprise yourself by how easily you seem to be making these decisions based on just the face, even though you know nothing about that person!

Are there patterns to your decisions? Do you think women’s faces exude greater trust than men’s faces? Or, that men’s faces signal more competence than women’s?

Now that you know the data, work to become your own best critic.

Congratulations! You have completed Unit 3: When seeing shouldn’t be believing.

Frank Stanton, the then-president of CBS, said of the Kennedy-Nixon debate: “Kennedy was bronzed beautifully… Nixon looked like death.” The legendary debate changed the face of political media strategy, but was it warranted? A 2003 study by political scientist James Druckman suggests, yes. People were significantly more likely to think Kennedy “won” the debate when they watched it versus listened to it.

Colors are one thing, but our decisions can also be influenced by something as insignificant as a single letter – whether we’re aware of it or not. Watch this video about how José Zamora dropped a single letter to gain a title, and read more about the research that shows how names can Stroop us.

There are illusions we all fall prey to, like Ted Adelson’s Checker-Shadow illusion or Roger Shepard’s table tops. But some perceptions vary from person to person. Remember this dress? Was it black and blue or white and gold? This simple question set fire to the internet in 2015. The real dress was black and blue… so why did some people see something so different? It turns out that the colors we “see” change depending on how our minds interpret the source of light in the photograph. Read more about the science behind the illusion at Wired.

Just as a face labeled “Black” or “White” looks darker or lighter, or how a musician labeled a “natural” or a “hard-worker” sounds different, the name at the top of a resume can change how qualified we think a person is. To learn more, read our article Can women be biased against other women? and listen to our podcast Race bias in hiring: When both applicant and employer lose.

“Some 51% of the employers who considered candidates individually chose an employee who had underperformed relative to the group. By contrast, only 8% of the employers who considered candidates side-by-side chose underperformers.” How does simultaneous evaluation help us see talent more clearly? Read more about the research at The Wall Street Journal.

“Most companies say they want to attract a diverse workforce, but few deliver. The only solution may be a radical one: anonymity.” Find out how Silicon Valley is taking steps towards a more diverse workforce (New York Times).

See more demonstrations of how faces influence our first impressions on the Perception and Judgment Lab’s website. Dr. Todorov’s book Face Value: The Irresistible Influence of First Impressions was published in 2017 by Princeton University Press.

“People are convinced that more competent-looking business people are more valuable, and they get higher salaries,’ [Professor Christopher] Olivola explained, even though the companies don’t perform any better under their leadership”. From James Hamblin’s article in The Atlantic: The Introverted Face.

“After his mugshot sent the Internet into a frenzy, the 32-year-old received modeling offers. Fundraising efforts and Facebook groups were created for Meeks”. From the Los Angeles Times’ Veronica Rocha: “‘Hot Felon’ Jeremy Meeks released from federal prison and gets job offers”.

A person’s face can even influence the medical care they receive: when clinicians watched videos of women undergoing painful examinations, Amanda Williams and colleagues found that they were less likely to recommend appropriate pain treatment for those who “looked” less trustworthy. Learn more at “The Conversation”.

Unit 4: How our ears deceive us

How can the way a person sounds (voice, word choice, accent) spark bias in our minds?

Unit 3: When seeing shouldn’t be believing